Objects in Mirror May Be Closer Than They Appear 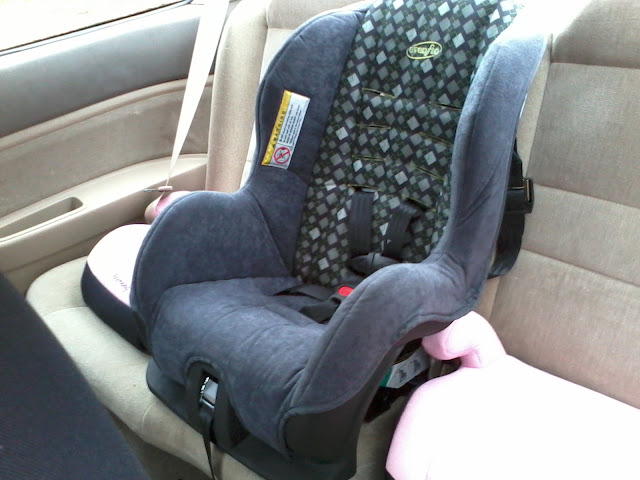 Now that the move is behind us I can finally share the rest of our big news with family, friends and the blogosphere. This weekend our little family of two became a large family of five as I officially entered the world of foster parenting.

When my son was small his three best friends were adopted. When one of them got a new little brother - also adopted - my son came home all excited, saying he knew how I could get him a brother, too. For years he wanted to know, when, when, when would I adopt him a brother, or he'd even take a sister he said. I wish I could have adopted him a sibling back then, but we lived with room mates in a house that was already too small for all of us. By the time we moved into our own place, he was in high school and had other things on his mind. As for me, I was already occupied trying to stay one step ahead of an intrepid teen making the most of his experimental years.

About that same time, though, somebody I knew from a community group decided to foster-adopt. I had never heard that term before, or known that you could do such a thing. I watched with interest as she embarked on this new journey in life. Her family expanded by three over the years and, thanks to the miracle of Facebook, I was able to follow-along and see how the children thrived and how her life was enriched. A seed was planted. As time went on, I started to think seriously about foster parenting as a possibility for my empty nest years.

Fast-forward a couple of years to fall of 2011. As so often happens, life throws us a hard left when we thought we were on a straightaway. I found myself suddenly with only one job and a teenager who was feeling smothered by my "mommy" instinct. I had a lot of time on my hands and no idea what to do with it. Frankly, I was in a funk. When I found out that a family I knew was in crisis and their three children were in care, and not together, I knew the time was right to give this thing a try. Much to my surprise, my teenager wholeheartedly supported the idea. Underneath his Joe Cool exterior, the desire for siblings was still there, even if they are temporary ones.

This weekend we welcomed three little ones. Princess Jasmine, 7, Princess Ariel, 5 and Baby Brother, 1 1/2. My son is finally enjoying the limelight of big brotherhood; Both Princesses think he is the coolest thing since sliced bread and Baby B toddles around after him everywhere. He earned some major brownie points for spinning the Princesses on the tire swing at the park until the screamed with laughter yesterday.


Although we're settling in together well, that doesn't mean everything is sweetness and light around here all the time. Little Princess Ariel is convinced that everyone she loves will be taken away from her and it is just a matter of time. Being separated from Baby Brother has her convinced he'll be the next to go. She and her siblings will all have a long road ahead as they navigate their grief at the loss of their birth family. Evan and I can't do much about that, except be here to support them through it.

At the end of the day, we're all in this together, cruising through the Slow Lane, taking it one day at a time.